Explore more images from Santi Visalli by clicking on one of the categories below.

With fine art photographs of your choosing, we can create a highly decorative and personal display in your office or boardroom or an impressive exhibition in your lobby for a fraction of the cost of purchasing the same photographs. You decide on the sizes and framing. With this approach, you can change your décor as often as you like without incurring great costs. If you wish to purchase any of the photographs at the end of the rental period, a portion of the rental fee can be applied toward the purchase price. Read More

In 2019, I traveled to Cuba. If you want to see more of my Cuban photos, click on this link to Getty Images or go to gettyimages.com, select editorial and search for “santi visalli cuba”.

It is the eye that counts, not the equipment!

Santi Visalli is a highly prolific photojournalist and fine art photographer who has covered the news from social issues to politics to lifestyles. He has worked as well on films with such directors as Federico Fellini and Lina Wertmuller. His files contain more than 200,000 photographs of well-known personalities of the last four decades, plus spectacular scenics and cityscapes. 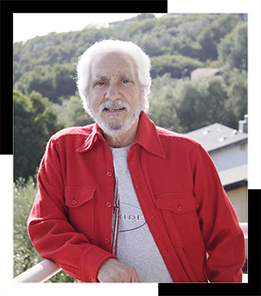